Skip to content
Urban Experts > News > How the Mirax residential complex was designed: the story of one project
Jun272019 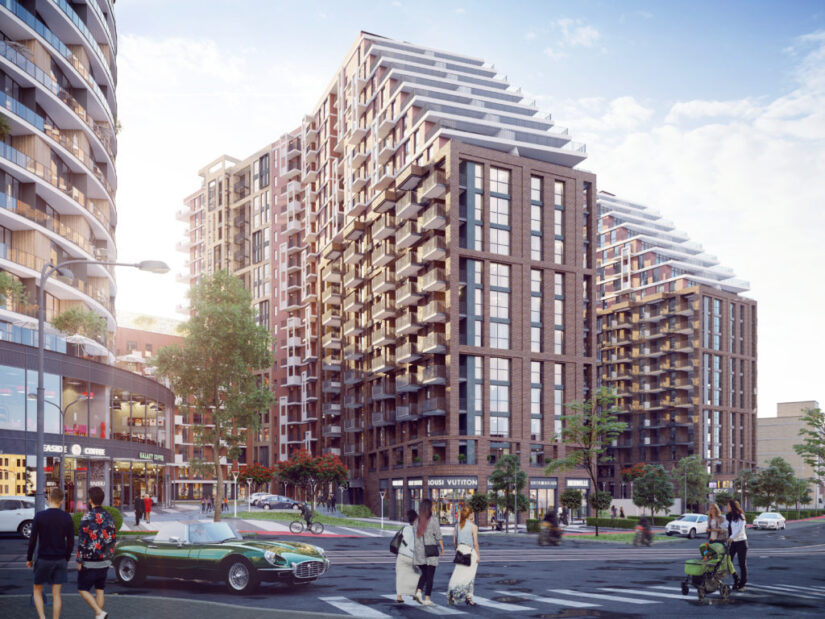 Three years ago, Urban Experts won the competition to create a residential complex on Glybochytska Street in Kiev. Now one of the first projects of the bureau, the residential complex Mirax from “Kyivmiskbud”, is being built in the Shevchenko district of Kiev, in the historical area between Podol and Lukyanovka.

Urban Experts architects talk about the peculiarities of work on the residential complex Mirax.

– Participation in the competition was a great challenge for the team. The experience of “Kyivmiskbud” is measured by many decades: it is a company with established traditions and high quality standards, says Boris Slazhnev, senior architect of Urban Experts. – We, in turn, have brought a new vision to the project, creating residential real estate in accordance with current global trends.

By investing in quality architecture, developers expect to achieve commercial success. The quality of Urban Experts’ work is confirmed by the high rate of sales of apartments in the Mirax residential complex. While working on the project, we prepared solutions to several issues at once. They related to the general urban planning situation, parking, composition, facade solutions and interior planning solutions for apartments.

Urban planning situation and general composition of the object

The overall composition was proposed by the British partner of the company, director of the famous London bureau Leslie Jones Architects, Simon Scott.

– I had to rethink the compositional solution in relation to Glybochytska – the main street saturated with transport, – says Boris. “It was necessary to find an approach that would make it possible to conveniently locate houses, create full-fledged courtyards and good guest parking lots. Simon Scott’s idea was to “open up” the jammed street.

Landscaping and playgrounds are provided in the courtyards. Only special vehicles, ambulances and service vehicles will enter this area.

Courtyards and playgrounds are located in the private territory of the residential complex, shops and cafes will open in the public zone. 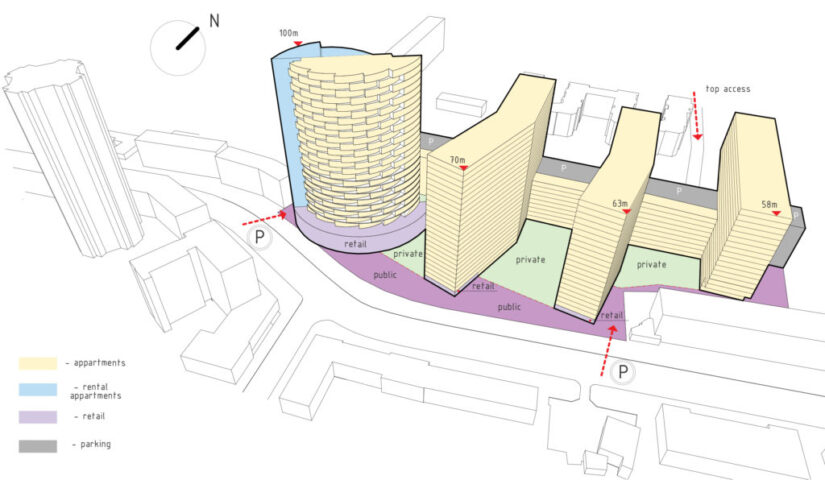 “We have revitalized the street and created a comfortable urbanized space not only for residents, but also for pedestrians on Glybochytska,” says Alexandra Kazimirskaya, senior architect of Urban Experts. The street has received additional functions, and pedestrians – new points of attraction. Now the pedestrian flow here is small, but with the appearance of shops, cafes and the creation of the “third place” concept, Glybochytska Street will acquire a new quality.

“When designing, we always conduct research and study the market situation in detail,” continues Alexandra. – This approach helps to choose the optimal mix of functions that are needed by residents of the residential complex and pedestrians. All premises are designed for specific functions, including retail, restaurants, sports, etc. Even at the research stage, potential tenants confirmed their interest in these locations, their readiness to open up in them, and we were able to design the areas at their request. 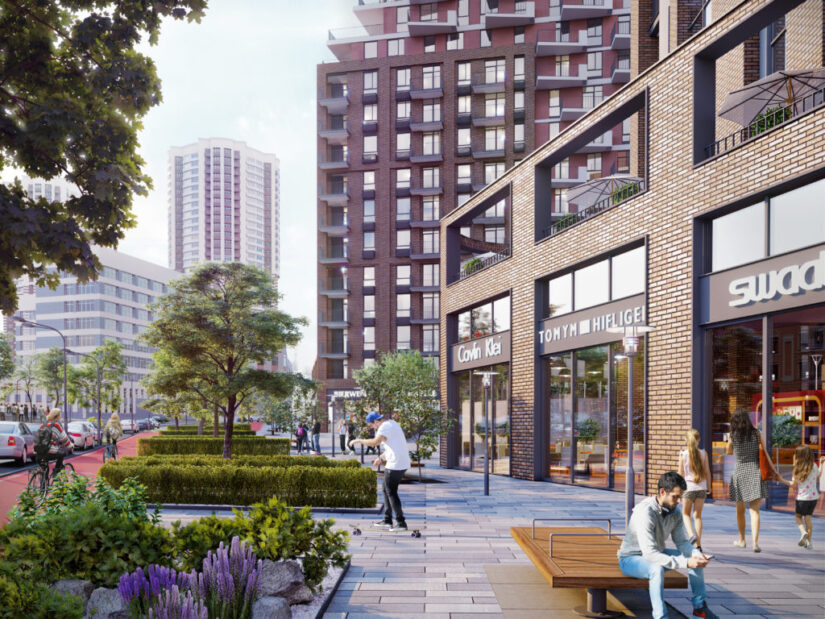 Architecture: dominant and its development

Residential complex “Mirax” had its own background, which the Urban Experts team managed to continue thanks to the harmonious architectural solution.

– As a “starting material” we received the office complex “Mirax” – a partially completed frame of a round tower. It was necessary to rethink its purpose, says Boris. – The tower is completely given over for housing, and commercial premises were placed on the first floors. The building layouts have been improved and adapted. The existing frame, staircase and elevator nodes, evacuation – everything is optimized for new tasks. 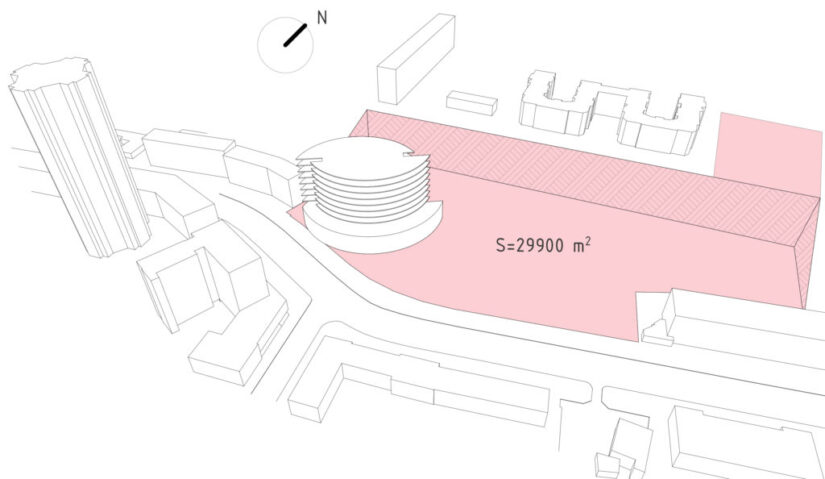 – Adapting the office tower layouts for housing is one of the biggest challenges in this project. Office buildings are deeper than residential buildings. In addition to apartments, utility rooms have appeared in the house, – says Alexandra Kazimirskaya.

It was the tower that became the architectural dominant of the project.

– The overall curved geometry of this building affects the shape of the three neighboring houses on the lot. The tower is the compositional core that unites the complex. An unusual facade solution is dictated by the need to provide normative insolation and the desire to reveal the views of the Kiev hills to the residents of the complex, – explains Boris Slazhnev. 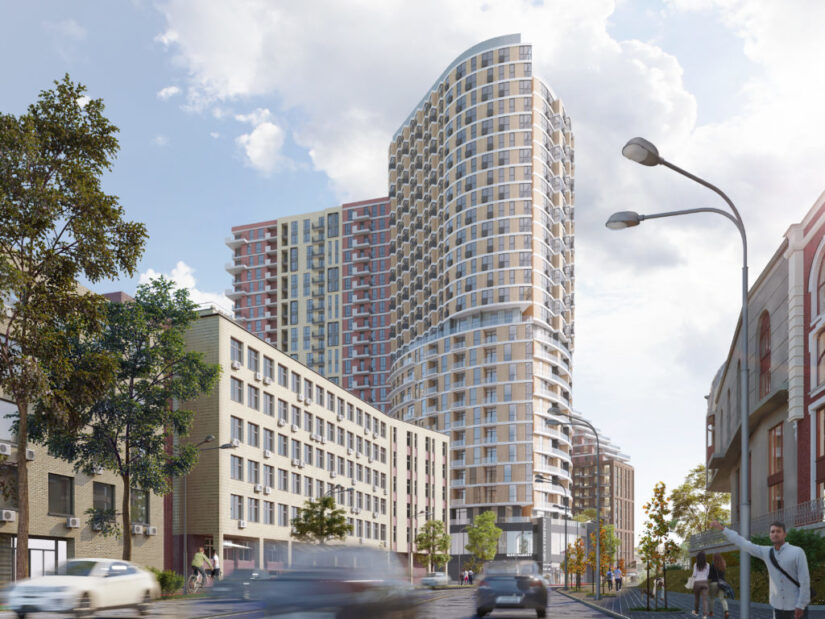 The number of storeys in other houses has become variable due to terracing. According to the concept, in order to provide insolation in the apartments of the complex, the general shape of the houses has been “cut”. It turned out that the part of the building facing Glybochytska does not look cumbersome – the number of storeys is gradually increasing. Terraces from the common rooms open here, and balconies are directed to the courtyards, ensuring privacy for residents.

Large-scale beveled facades and terracing allow expanding and deepening the space of the residential complex, successfully fitting it into the context of the landscape. 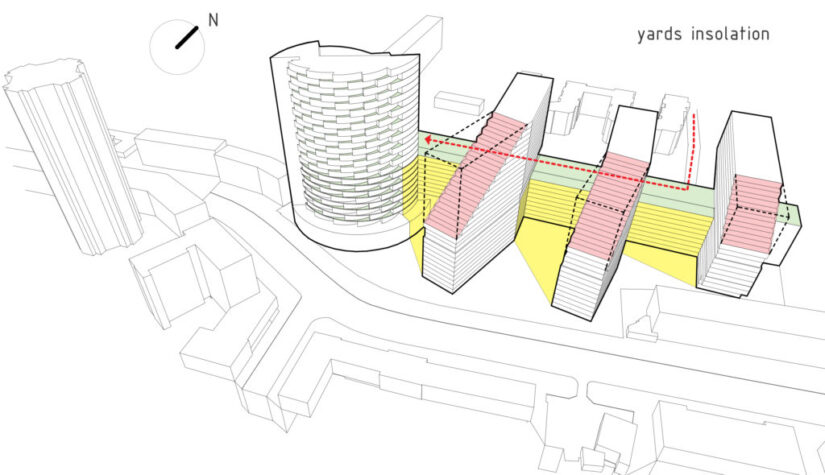 The residential complex has designed a closed multi-level parking for residents. Initially, there was a retaining wall on the site, and the construction of the parking lot was decided in such a way as to strengthen it. The parking is separated from the green zone by apartments, thanks to which it was possible to avoid the blank surfaces of the facade of the parking building and to increase the technical and economic indicators of the complex. 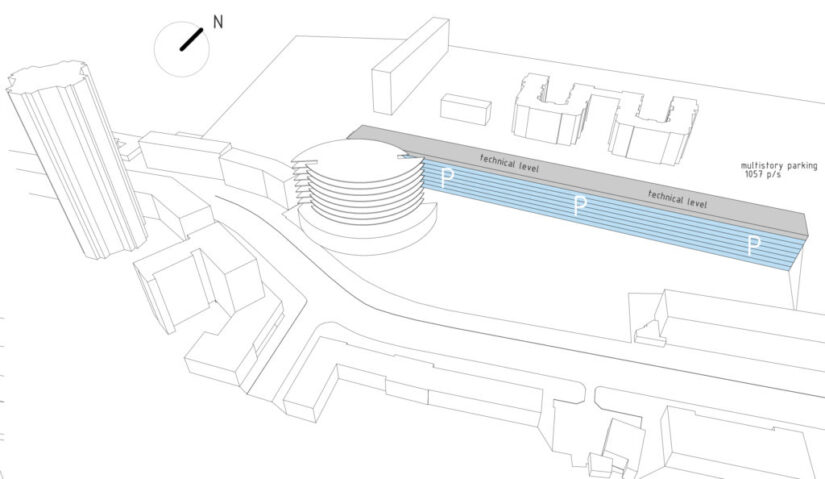 In the architecture of large cities, two interrelated trends have been observed in recent years. On the one hand, the modern urbanized space expands the boundaries of public areas – the spaces of parks, squares, places for recreation, communication, and activities are being scaled up. On the other hand, in residential construction, developers strive to increase the elements that connect people with the city by designing large balconies, terraces, loggias, open roofs, etc.

“The world is designing large balconies that can be comfortably used, making them part of the interior space. These solutions do not depend on the climate – for example, in Europe such projects appear in the Scandinavian countries, Great Britain.

Simon Scott proposed to create full-fledged balconies “for life” and terraces where you can spend time in the summer, thus a recreation area appears in the apartments of the residential complex, combined with a common room.

“Much attention was paid to the selection of material for the facade,” continues the project architect Boris Slazhnev. – Facade decoration often determines the impression that a building creates. For the residential complex Mirax, clinker bricks were chosen.

We made a choice in favor of calm, warm colors. Natural, environmental and muted tones blend in better with the environment.

If you look at the facade, you will notice a “multi-layer design” – several textures and colors are inscribed in the compositional drawing – brown, white, gray.

The residential complex is located in a historical area with its own design code and architectural features. We were attentive to all decisions made during the design. The Urban Experts team has made efforts to ensure that the Mirax residential complex meets the parameters of modern, comfortable housing, and the new houses on Glybochytska have become an organic part of the urban space.