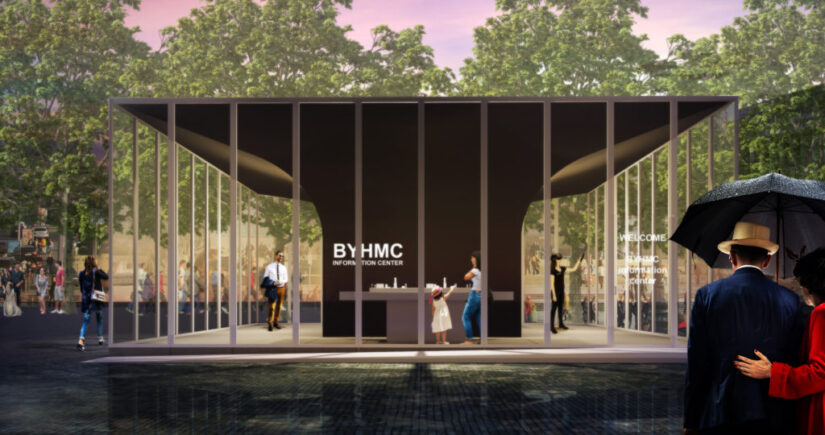 In autumn 2019, an information center will appear in the capital, which will tell about the history of the mass shootings at Babyn Yar and the implementation of the Babyn Yar Holocaust Memorial Center in Kiev. The project of the Dutch-Ukrainian office MIstudio (Lviv) won the tender for the development of the concept of the info center. Among other projects of this bureau is the Memorial of the Heroes of the Heavenly Hundred in Kiev.

The location of the information center, after evaluating the technical characteristics of the winning project, will be proposed by a working group created by the administration. The information center will work until the opening of the Holocaust Memorial Center at Babyn Yar, scheduled for 2023. 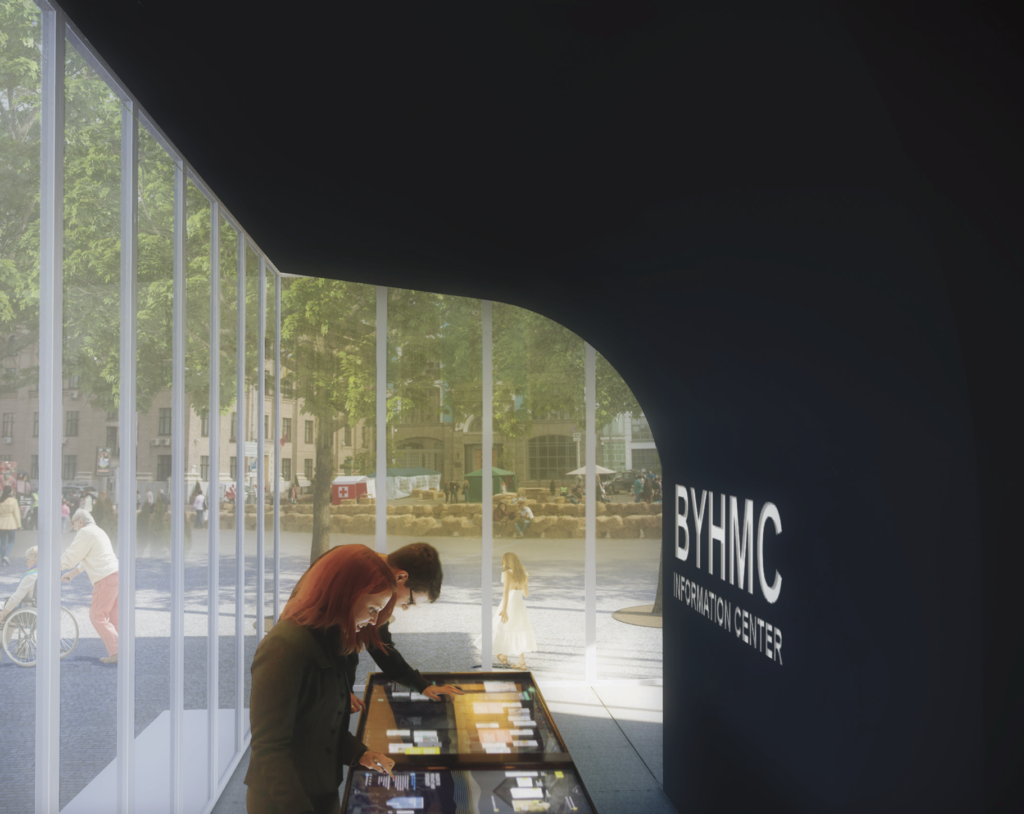 7 architectural studios from Kiev, Dnipro and Lvov took part in the tender. Besides MIstudio, these are ARTTECHNOLOGY, 33BY Architecture, BURØ, Yakusha Design, decorkuznetsov, KUDIN architects.

According to the authors of the concept, Maria Protsik and Irina Volynets, they sought to create an information center that, by activating emotions, sensory, visual sensations, will reveal to visitors the story of everyone who was shot in 1941 at Babi Yar. The cube shape was chosen because of its simplicity, laconicism and adaptability to urban space. Inside the cube is a void, symbolizing loss.

An international architectural competition for the best design of the Babyn Yar Holocaust Memorial Center is underway. On May 3-4, the jury selected five projects of the Center, which passed to the second, final stage of the competition. The first stage involved 10 leading bureaus from Austria, Denmark, the Netherlands, Germany, USA, France and Ukraine. They were selected on the basis of a qualification assessment among 165 applicants from 36 countries. The winner will be announced on July 30, 2019.

Center (BYHMC), a non-profit educational organization whose goal is to preserve the memory of the Holocaust by building an innovative memorial center in Kiev.

According to the press service of BYHMC 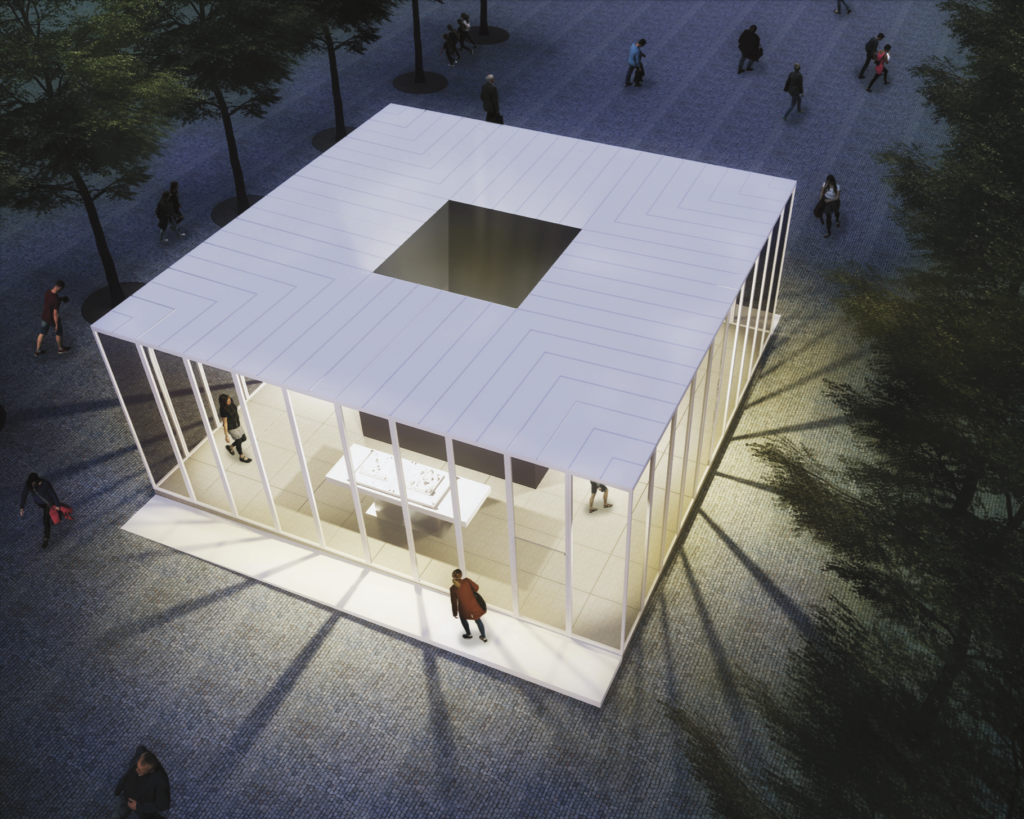